As 2016 quickly come near, major internet security suite manufacturers are rolling out their latest version. In below, there is a comparison between Kaspersky vs Norton Internet Security 2016. Today, protecting our personal computers from various threats is an important question. Day by day the computer systems are getting in danger of attack by the various types of viruses, Spyware, malware etc. It has the ability to crash your computer, slow down your computer and steal your password and identity. So, internet security software has become a necessity for every computer system. It always alerts you about the harmful and unstable applications before you install them and protects you from these dangerous applications.

Norton: Norton offers some new features that make it a formidable product against dangerous online threats. There is a password manager to protect your identity and personal information and login details. It stores your password, usernames, address, email addresses and credit cards securely so that it will not need to be entered every time you visit a secure website.

Norton Internet Security has SONAR Behavioral Protection to detect the signs of a dangerous file which may not have been officially identified as malware yet. It has Parental Controls to protect children from online dangers. When children may be unsupervised on the internet, it can limit computer usage during times. 2-way Firewall is used to prevent unauthorized outside access and can also detect suspicious outgoing activity.

Kaspersky: Kaspersky has user-friendly interface especially for beginner. There are some hidden programs like program configuration and temporary protection disability etc for advance users. After installing Kaspersky, you’ll be welcomed to Kaspersky via a message window.

Norton: Norton Internet Security is an easy-to-use and powerful all-in-one security suite. It is one of the easiest to use security suite for both beginners and professionals. There is combination of color in buttons including yellow, black, white and gold so that people can squint to get a proper look. Its interface feels very familiar and intuitive.

Kaspersky: Kaspersky has other malware related tools such as TDSS Killer. It is very good for removing various rootkits that plague systems regularly.  It also has a good virus protection engine and other tools for removing infections. It can detect more than 80 percent of known viruses. By using the current virus database, at first it checks the new files, if it finds any potential harmful files, then before taking any action the program sandboxes and supervises them.

Norton: Norton provides website rankings for each URL in your web searches. By scanning your Facebook and Instant Messaging link, it provides protection to your PC from malware threats. So, you can click on images, videos and links on facebook and other social media sites. It has two way firewall option to check all incoming and outgoing communications. Parental controls are the best feature of Norton Security. It has been significantly improved the SONAR behavioral based protection engine and clean up technology.

Norton Internet Security 2016 has various types of protection such as firewall protection, full antivirus protection, parental controls e-mail and spam blocking, identity and financial protection. It has new advanced repair capabilities which are able to repair Windows system files that have been infected or broken by malware. Users can easily configure online backups, antivirus scans, PC tune ups, updates and identity theft settings from Norton Security’s dashboard. It always alerts you about the harmful and unstable applications before you install them and protects you from these dangerous applications.

Kaspersky: Kaspersky is one of the most lightweight antivirus products available in the market. Every year millions of customer is select Kaspersky for its performance.

Norton: The “Resource Hog” issue has overwhelmed Norton internet security for years. To increase the efficiency of their program, Norton has taken some steps. It is one of the most processor intensive security programs available on the market today.

Norton Antivirus needs 256 MB RAM, 300 MB free space on hard disk, 300 GHz Processor for Windows XP and 1 GHz Processore for Windows Vista. If they are unable to remove any malware, it will refund all the money.  Norton Antivirus has various types of protection like SONAR 4 behavioral protection, Insight 2.0 application protection, Network threat protection and many more. Its new technology can deal with corrupted critical files and block malware URL’s. Norton Antivirus is compatible with Windows XP, Windows Vista, Windows 7, Windows 8 and Windows 10. The price of Norton Security is at $49.97 per year for 1 PC.

Kaspersky Antivirus: Kapersky Antivirus is certified by VB Bulletin, OPSWAT, AV-Test, AV-Comparatives and WestCoast Labs. The latest version of Kaspersky Antivirus has much better PC scanning features with user-friendly interface. It has some new features like Safe Money Technology, Threat-Removal Layer, Identity & Privacy Safeguards, Dangerous Website Alerts and Safe Social Networking, Trusted Applications Mode and Surf and Visit Social Networks without Worry. It can detects and repairs program vulnerabilities, rolls back most harmful malware activity, scans all websites and emails for malware and it uses the cloud for Hybrid Protection.

Kapersky Antivirus has Virtual Keyboard that protects you from keyloggers, and helps keep your internet shopping secure. It lets you monitor and limit your children’s Internet usage and safeguards children against the latest online dangers. Kaspersky has the automatic update option for the latest viruses and it protects your money with unique Safe Money technology. There are some cons of Kapersky Antivirus. It can slow down system startup, make some sites run slowly, controls lack customization options and hard to schedule scans. The price of Kaspersky Antivirus is at $39.95 per year for 1 PC.

Which is better Kaspersky v Norton? Let’s take a look:

As Kaspersky and Norton both of the companies have been rated among the highest Internet Security suites available, so this is very difficult comparison of antivirus.

There is one factor to consider is the performance and age of your system. If one slightly older computers or rely on processor intensive applications, in this case we suggest go for Kaspersky because it has very light weight application. But Norton has better virus detection and the level of protection than Kaspersky. Automatic update is an important factor while you use an antivirus program. It receives the latest virus definitions automatically and ensures the better protection for your computer. If you think any other internet security program which is better than this one, you can give suggestion in below. 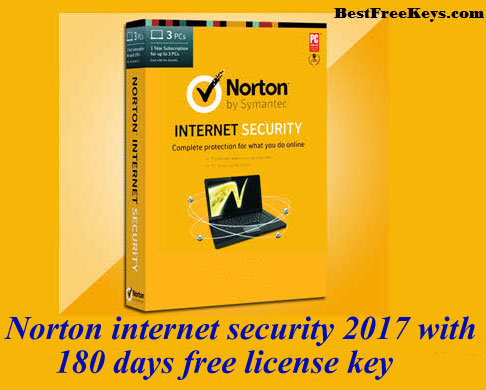